The Early Renaissance in Europe

Instructor: Kevin Justus received his Ph.D. in Art History from the University of North Carolina at Chapel Hill.
Kevin Justus 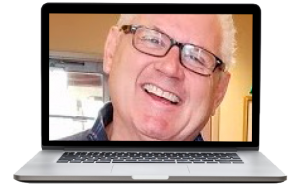 From darkness into light, or how one little competition changed the world.

At the beginning of the 14th Century in Europe, when Giotto completed The Arena Chapel, the new century was experiencing economic expansion and the renewed pursuit of intellectual and theological knowledge. The advent of Giotto’s new artistic style seemed to foreshadow great things to come. Instead, it was a century marked by fear and desperation. For most of the 14th century Europe walled itself up in a cocoon of self-defeating cynicism and recrimination. But then something amazing happened.  In 1401 a competition was held in Florence that paved the way for the Renaissance in Italy and Northern Europe. It turned the disastrous 14th Century on its head and remade the world. Join us for a look at this remarkable period when so many new and newly rediscovered ideas came to the forefront. with artists such as Donatello, Masaccio, Ghiberti and Brunelleschi as well as the next generation including Piero della Francesca, Van Eyck, Ghirlandaio, Van der Goes, Verrocchio and Botticelli. What the artists in the 15-century accomplished allowed for the advent of the High Renaissance and beyond. Revered artists who followed, such as Leonardo, Michelangelo and Raphael, were truly standing on the shoulders of giants.

Week 1: Giotto and the seeds of the Renaissance; So much hope, until the buzz kill of the Black Death
Week 2:    The Competition of 1401—Ghiberti triumphant, but what does when do when one loses?  The unlikely Trio:  Brunelleschi, Donatello, Masaccio
Week 3:     The Next Generation or Where Do we Go from Here?
Week 4:    Venice and The North–those quirky Venetians and those even more quirky Northerners
Week 5:     Science, poetry and Prose: Let’s all go in different directions and collide in the middle.
Week 6:    The Sistine Chapel:  The clash, no collaboration of the Titans.  Providing the foundation for the High Renaissance.

One 90-minute presentation will be released each Thursday to be viewed at your convenience, using the link provided.

Register for The Early Renaissance in Europe