When:
All Classes are AZ Time

Instructor: is an artist, poet, bookmaker, professor, and founder/director of Chax Press. He is the author of six full length books of poetry plus thirteen brief chapbooks, multiple essays, articles, and reviews. 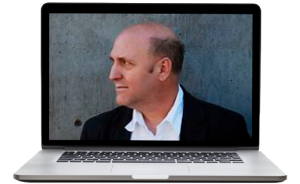 Blake & Shelley are both poets of overflow. In both short and long poems, Blake writes of the beauty and terror of the world and eventually constructs his own mythology (and angelology) as a way of both entering and transcending the world as he knows it. We will read selected short poems of Blake from “The Songs of Innocence and Experience,” move on to “The Marriage of Heaven and Hell,” and culminate with one of his extended visionary poems, “Jerusalem.” Along the way we will think of Blake as poet, visual artist, political thinker, and prophet. Get ready for a fiery and beautiful ride.

Percy Shelley is the most maligned of the Romantic poets, or at least he was for 20th Century followers of T.S. Eliot and the so-called “new critics” who wanted poems to be perfect “well-wrought urns”. Shelley makes us think of more contemporary poets who simply will not be contained. In poem after poem, Shelley and his language soar into the stratosphere as he seeks to plumb an imagination which has no limits. His thinking is deeply spiritual, but not Christian; his politics are liberationist; his lifestyle was unconventional, to say the least. We will read odes by Shelley, including his “Hymn to Intellectual Beauty,” “Ode to the West Wind,” and “To a Skylark,” his elegy to John Keats, “Adonais,” and one of his plays to gain an understanding of the depth and the expanse of his work.

The course will contain both lecture and discussion, as well as readings of the work.